You heard good things about an app. You downloaded and installed it. You launched the app. You are faced with 7-screen long swipe tutorial that educates you about each and every feature in the app. You hope to remember the features like a memory expert would. Except that, you won't! Mobile app tutorials make or break the app based on their design. Let's take a look at two types of tutorial and which one of these creates a positive impact on users.
1. Screen by Screen Tutorial 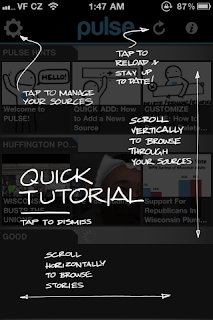 Pulse app throws a big help file called Quick Tutorial educating the user about 4 gestures. The first thing the user does is to 'Dismiss' this screen, due to cognitive overload. As he uses the app thereafter, he struggles to recollect which gestures are mapped to which tasks. In many apps, a quick tutorial is a first-time launch screen that disappears into wilderness forever. Users end up uneducated. 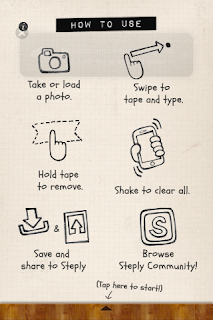 Another example is a static tutorial like the one above. Perhaps, some users take a screenshot and store it. In this case, user's don't just forget the tutorial, but they even forget where the screenshot was stored in the first place. End solution - uninstall the app, reinstall and re-launch the app. Easy. Isn't it?

Users don't install apps to get a Ph.D degree in How to use your app. They want to accomplish their primary goal, quickly. They are least interested in browsing a 7 screen tutorial on app design features.

Conventional wisdom states that tutorials/static educational screens must be displayed at first launch of the app. Users must go through the learning process (if you are lucky, there'll be a skip option), before proceeding to use the app. This works best in a world where tasks happen in a linear sequence - one task after the other. Sadly, tasks are non-sequential, occurring in a random manner. This leads to remembering features, gestures or ideas difficult.

2. Contextual (Just In Time) Tutorials
A contextual (just-in-time) tutorial is displayed just in time when the user needs it. A contextual tutorial tells the user what is the right thing to do at that moment in time, without referring to the previous or next screen. It provides relevant and necessary information, unlike screen by screen tutorial which throws loads of information at once, irrespective of which flow the user might be using.

Contextual tutorials can be used to educate users in multiple ways:
a. Interactive Tour, One Feature At A Time 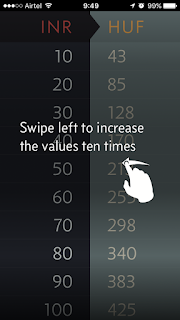 Elk is a currency converter app with simple UI. A user can convert a value from one currency to another for whole numbers and decimals. For e.g., a user can seek conversion of 10.35 INR to HUF. This app doesn't show a long tutorial at first launch. Instead, the feature is introduced step by step, the app waits for the user to try the step, understand it and then move on to next feature. Interactive tour works well for complex apps.

b. When Users Commit Errors 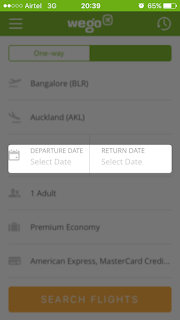 When users commit errors, it is common practice to display an error message, educating the user. It turns out, users don't want to be educated. Rather, they love to be guided when they go wrong. On Wego app, when the user forgets to select travel dates during flight booking, a simple action dulls rest of the screen and highlights just the departure and arrival dates, indicating that user needs to enter this data to proceed. This is a delightful way to tell users how exactly they went wrong, where they went wrong and how to fix it. The job is done well.

Users are no longer excited about elaborate onboarding ceremonies before performing their task. They want to setup the app as quickly as possible, complete the task on hand and get out. It's best to think of contextual/just in time education as improving the quality of lives users have by creating delightful experiences for them.

Do you have a contextual tutorial in your app?