This article was originally published on passbrains blog HERE.

Jinsop Lee, an industrial designer, believed that great design appeals to all five senses. He called this, the Five Senses Theory. Jinsop also gave a Ted talk on this topic a short while ago. According to him, one can grade any experience on all five senses. For e.g, you can grade eating noodles on sight, smell, touch, taste and sound. Similarly, you can grade your biking experience. Jinsop graded himself on a bunch of adventure experiences like bungee jumping, playing games on two different consoles and others. The five senses graph for Jinsop’s experience on Nintendo Wii against older gaming consoles is displayed below. This clearly tells which gaming console he preferred. 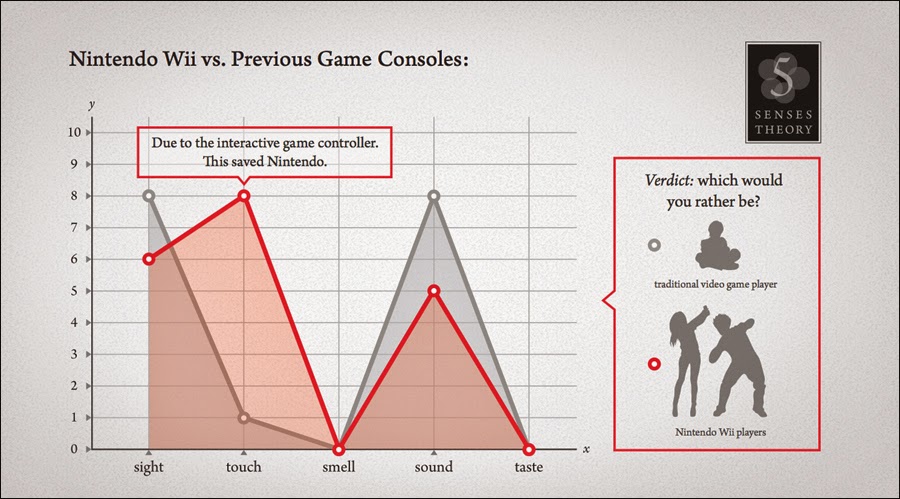 This Five Senses theory can be applied to User Experience Testing too. Users can be asked to review the applications under test and map them on a scale of 1-10 on all five senses. The broader the area covered, the better the experience. Further, this theory can be customized to rate the applications at features level or flow level. The Flow example below describes user’s experience when he was using (learning) the app ‘X’ for the first time. 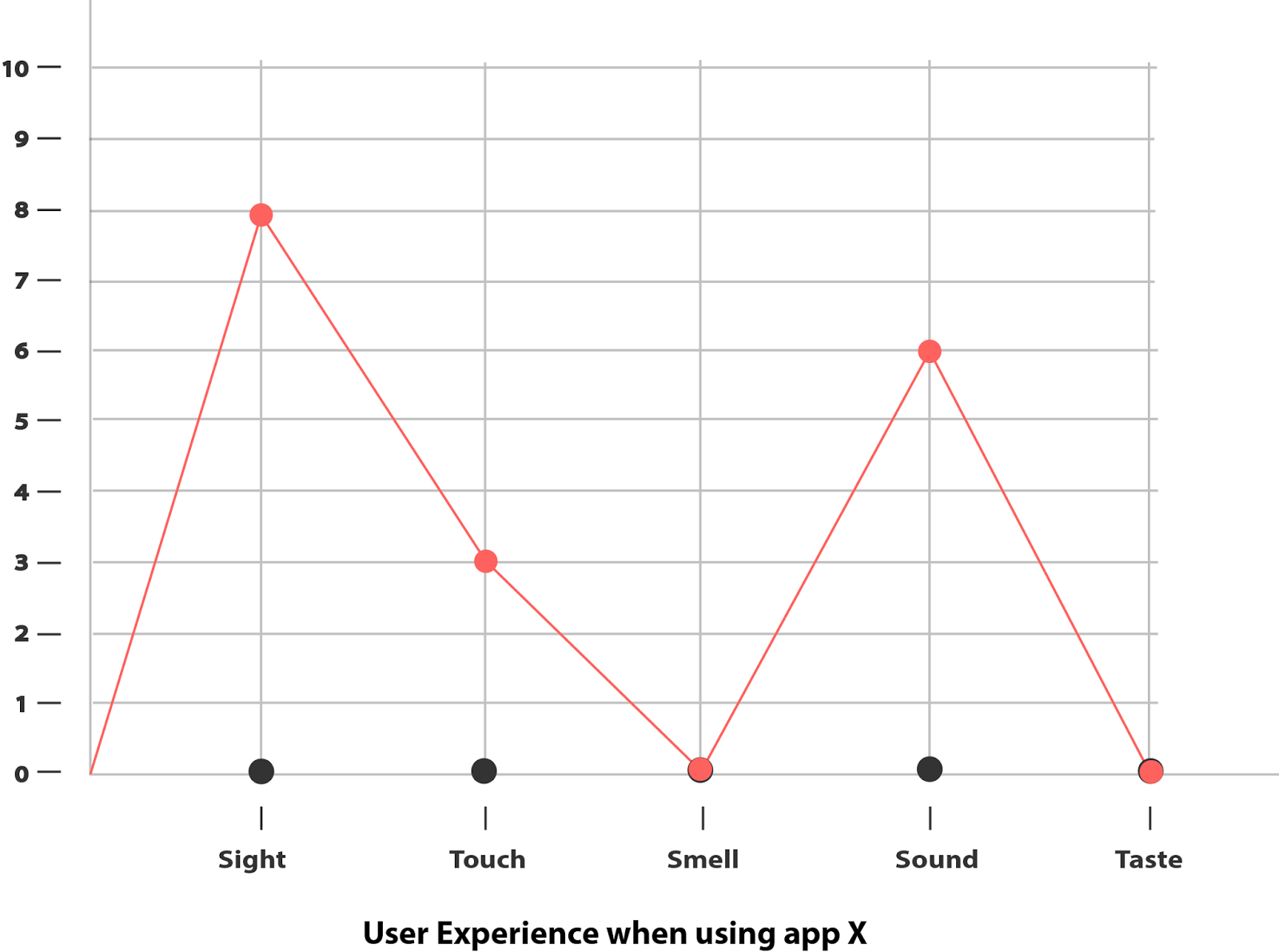 The Feature example below shows how the user felt about ‘Seen’ feature on Facebook Chat window. 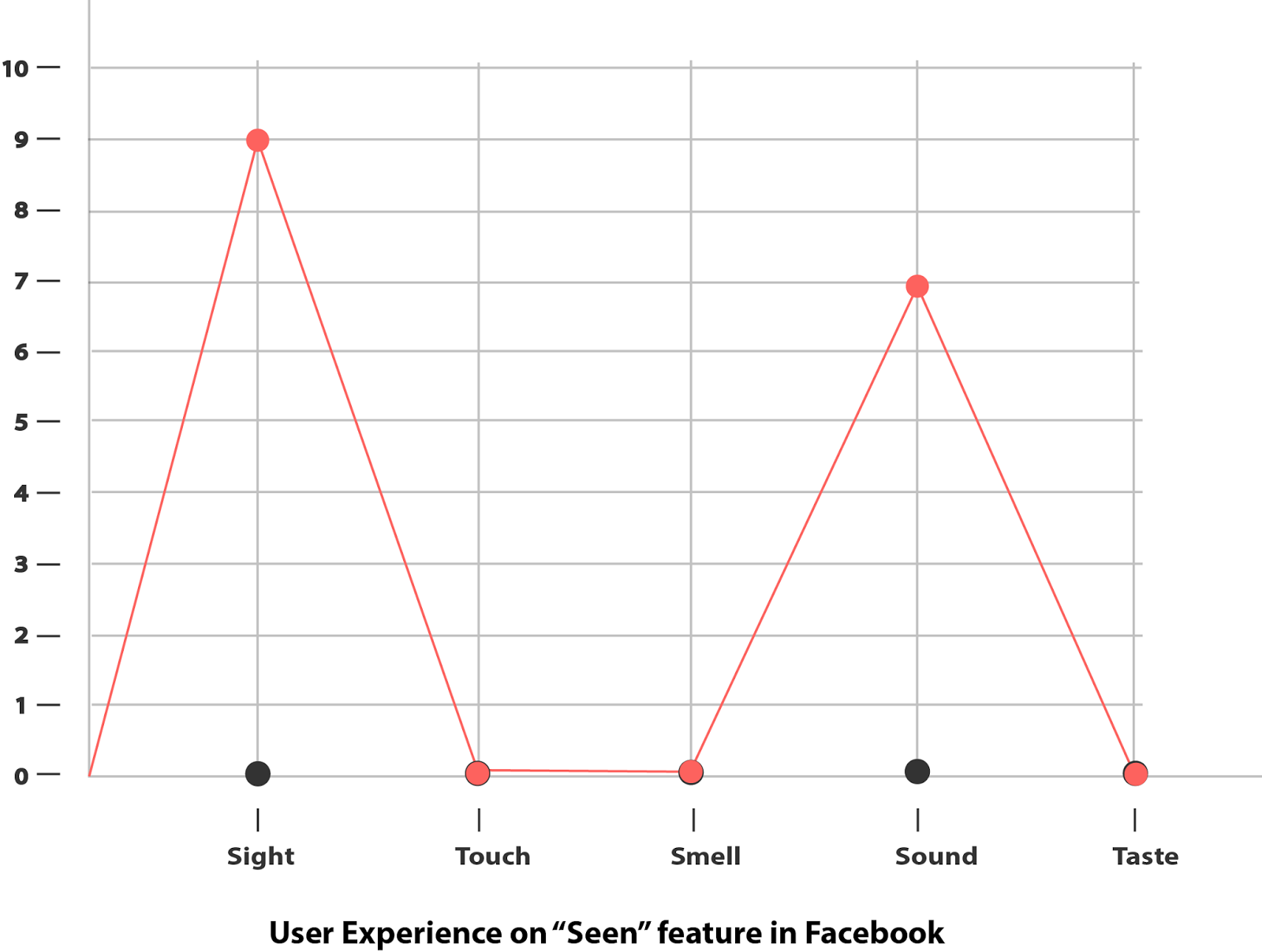 Several such experiments can be performed with users/testers to understand how different senses respond to different scenarios in applications. Like any other framework driven by individuals, Five senses theory has its limitations too:

Despite its drawbacks, Five Senses Theory is a good technique to understand how products can be designed for a multi-sensory experience.

Paper Prototyping is another technique that can be adopted from the testing world. In this technique, a tester wears a designer’s hat and designs prototypes of screens or pages. In human–computer interaction, paper prototyping is a widely used method in the user-centered design process, a process that helps developers to create software that meets the user’s expectations and needs—in this case, especially for designing and testing user interfaces. It is throwaway prototyping and involves creating rough, even hand-sketched, drawings of an interface to use as prototypes, or models, of a design. While paper prototyping seems simple, this method of usability testing can provide a great deal of useful feedback which will result in improved design of products.

How to apply Paper Prototyping to Testing?

Testers take existing applications (Web or Mobile), view page by page or screen by screen and understand the design. They perform basic tests on Design, UI and Business Logic for each design. They also interview a few users about what they think about the design. Based on the information gathered, they re-create screens or pages on pieces of paper and share with the design teams.

How different are these prototypes?

Designers create prototypes already, why re-invent the wheel, isn’t it? Testers gather vast and diverse knowledge overtime by testing multiple products or applications in multiple domains. This knowledge must be put back into the world in all ways possible. For e.g, testers might say, ‘This button must be in this location’ or ‘This UI element must be in this color’ or ‘Remove this UI element as this is redundant’. This feedback is driven by testers’ knowledge of different applications, domains and industries. A step forward from here would be to incorporate above decisions and create fresh prototypes of these applications which can then be reviewed by designers/developers/product owners for further discussions.

An advanced approach towards paper prototyping can be to design two different prototypes, show it to a group of users and gather feedback on which was a better hit with users. Going to stakeholders with such information helps testers build credibility. One might ask, ‘This is not a tester’s job’. But testers are information providers and any information that can be useful towards creating a better product is useful information. Hence, this is a testers’ job.