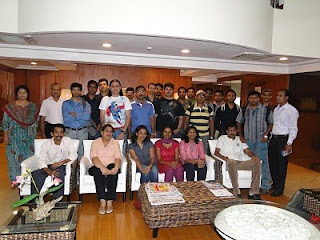 When I attended STC Conference a few months ago, I had mixed feelings about it with regard to the topics being presented, the length of the presentations, time allotted for questions and discussions post presentation, the speakers, the sponsors and many others. At that time, all I thought was this: "for hands-on testers like me, it would be too much business and very little testing stuff". Although it is good to know about the business aspect of testing, I was not interested to an extent that there was not much related to testing mostly. I had heard about peer testing workshops, read about LAWST, TWST, BWST and AYE in bits and pieces. However, I did not realize that it was in my good taste until I attended BWST 2 held on 3rd April 2010 at Hotel Shilton Royale, Bangalore.

How to Kill a Tester?

Sharath Byregowda, Co-founder of Weekend Testing wanted to present "How to Kill a Tester?" With an extremely hectic work schedule, he hardly had time to attend the workshop, forget about presenting at the workshop. He however made it to the workshop by clearing crappy traps. It was only ideal to get him to talk about his traps and the crap that followed it. It was only hilarious to see that he wanted to talk about How to Kill a Tester? and described how he almost got killed in the process! He talked about unrealistic schedules, short test cycles and subsequent stretching by testers to make ends meet. He also said he learned negotiation skills and being able to convey his concerns to the management assertively. Sharath also hit upon certifications and its associated challenges.

Sharath presented a good experience report in truest sense. He is one no nonsense guy when it comes to presenting. He was his usual self speaking truth to power!

Ashok T, Founder and CEO at Stag Software Private Limited talked about making decision based on meaningless assumptions. I was floored by the classic examples he provided to convey the message. At one point, he compared fungal cells versus cancerous cells in the body with defect density in the product. He asked ‘Is 33 diseases in a human body good enough to be healthy?’ with respect to metrics.

Ashok spoke in detail on the assumptions in test design, execution and assessment phases of testing and how decisions based on these assumptions were dangerous for the overall health of the product. He emphasized on the need for outcome/goal focused rather than activity focused results.

Selim Mia, a Test Manager came all the way from Bangladesh to attend BWST 2. He was the cynosure of all eyes at BWST 2. Selim started his presentation with how he used scripted and exploratory approaches in a complimentary way to test better. A lot of questions were thrown open to the audience to discuss. It turned out to be a little war of words with different people telling different things based on their own personal experiences. One of the participants said ‘Every scripted activity is exploratory in nature. Only freedom varies’. Selim asked key questions on test estimation, production environment, client specific issues and training challenges etc. He smartly figured out what were doing and comparing against what he does as a Test Manager himself.

Someone from the audience asked why the client did not do anything about certain problems to which Selim replied emphathetically "The client is blinded!" How true!

The Good, The Crap, The Plain Bull

Rahul Verma, Senior Technical QA Lead with a reputed MNC discussed the importance of critical thinking and evaluation for accepting/rejecting new ideas He talked how we testers victimize ourselves and project that the world around us is bad and ugly. He explained how what is good to us can be utter crap to others, ‘Your good can be crap or plain bull to others’ he said. ‘Tell your crap to yourself before others come and tell you’, he went on.

Another key thing was about Ideas. He openly announced how blindly we accept ideas without evaluating them. It’s like the sheep herd wherein we follow whichever sheep in front of us heads towards. We fail to evaluate out of blind trust or laziness. He said it’s ok to not have an opinion about something. It’s ok not to take sides when you are not sure about an idea.

All along Rahul’s session, I felt as if he had a hammer in his hand and kept on hitting on my head by sharing bitter facts about the way I am and the way I work. My head continues to ache! I need to change myself………Right Now!

Vipul Kocher, Founder and CEO at PureTesting presented Noun and Verb technique designed by Elizabeth Hendrickson. I had heard about this technique somewhere, but my lizard brain took over my humble goal of learning more about it. He talked about what this technique does, how it helps in coming up with test ideas for testing and also to deal with related biases while using this technique. Many participants had not heard of this technique and were interested in knowing more about it. Rahul Verma especially commented on how this technique is very helpful to him in reviewing requirement documents. Vipul added more by saying any technique should elicit more questions as it helps testers in testing the products better.

Dr.Meeta Prakash, Project Manager at Infosys talked about crappy meetings and how valuable time at office goes down the drain. She classified meetings into many categories and went into details about how content discussed in meetings could be misunderstood or misinterpreted. She also emphasized on how paraphrasing helps in meetings. She briefed a bit about how meetings can be effective, how to learn to say no to wasteful meetings and learn the art of effective meetings.

Dr.Sukanta Bhatt presented a brand new viewpoint to Healthcare testing. He gave wonderful insight into day to day challenges in testing healthcare products and the traps in testing them. He gave great examples of how a missed bug can kill a person and how important it is to find every critical bug. Not to mention his hilarious style of quoting real life examples, he kept the participants in splits most of the time.

Sukanta elaborated on how UI design can be challenging for healthcare products. He emphasized on the importance of sociology and anthropology and their respective value systems. He also briefed about ‘Go to Gemba’ which means we need to get in touch with the real stakeholders to get products tested based on their needs.

The other day, Allmas mulled over the event saying 'You guys in Bangalore have all the fun'. Of course, we chose to have it. We created such forums for ourselves and it wasn't as hard as you may think.

We are hoping that there are some passionate people outside Bangalore to be able to create, foster & have consistent meetings of any kind. Learning is your responsibility and hence be responsible".

Want help in starting one of such groups, we shall be glad to help you help yourselves.

In the interest of time, I won’t go into the nitty gritties of each participant’s questions or the discussions that followed them. In short, it was one of the most useful workshops I have ever attended in testing so far. And yes, I mean it! The participants were the joyous lot who got a feeler of diverse topics on testing in one day. As Sukanta Bhatt summarised it "Years of Experience in hours"!